Welcome to my very first BLOG post! My name is Linda. I am the wife of Dr.V, owner/manager of Chadalin medi spa and a mom to three young boys and three dogs. 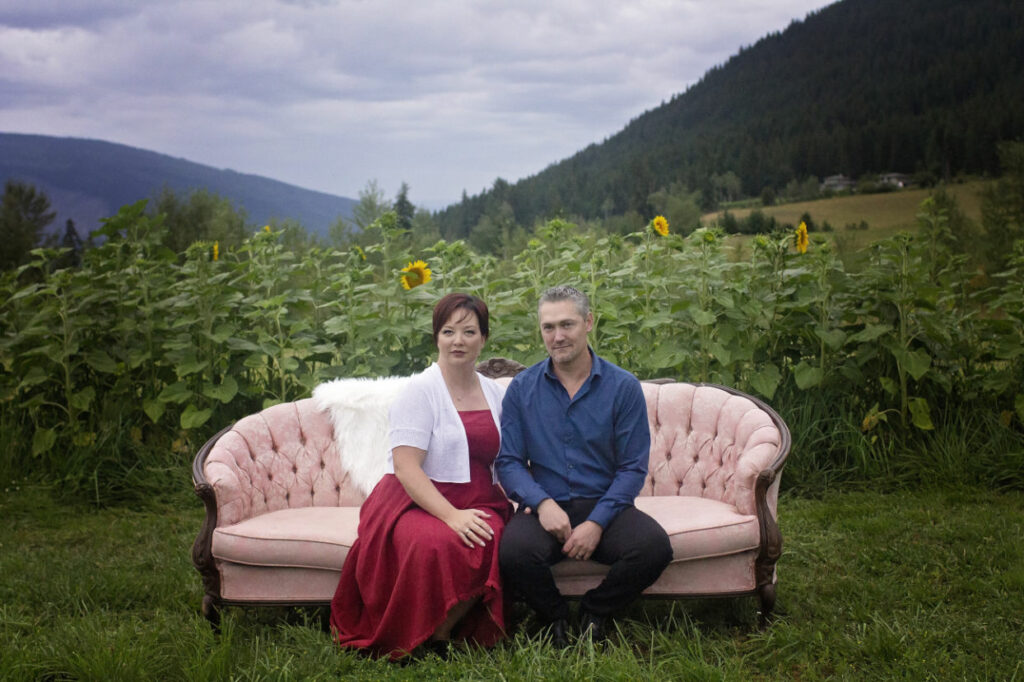 19 years ago, we moved to Canada from South Africa, with two suitcases each, looking for adventure. The idea was to get life experience and just enjoy ourselves before settling down and starting a family back home. We arrived at Vancouver airport in our summer clothes as we had just left South Africa in the middle of Summer at 36 degrees Celsius. If you’ve ever seen “Cool Runnings”, it sums up what happened to us at YVR.  We did walk back into the airport to get dressed with everything we had.  Before flying to Canada, I had never left South Africa before. In fact, I had only been on a plane once, for a one hour flight.

After spending four days in Vancouver, we travelled to McBride, BC.  Flying to Prince George, we couldn’t explain the beauty below us. The mountains, snow, forests, it was all so beautiful. Driving from there to McBride was a trip I would never forget. Our journey was coming to an end and this would become home.  I remember clearly our first day in McBride. It was January 12th. A beautiful sunny day with mountains all around, white powdery snow with the sky a blue that is hard to explain. We felt like we were in a painting. The “new doctor and his wife” set up in an apartment with the bare necessities across the road from the hospital, and when I say bare necessities, I MEAN bare necessities!  We had a double bed with single bed bedding, salt and pepper packs from the hospital kitchen, no vehicle and no warm clothes. However, nothing could dim the excitement.  All grown up, far from home and ready for an adventure.

We couldn’t let the beautiful day pass us by without exploring.  So we grabbed our South African jackets, gloves and runners (yes, RUNNERS) and went for a walk. I mean, how cold can it be? The sun is shinning! Lets just say we made it half way around the hospital and thought we were going to die! We started running home but that made it worse!  We quickly learned that when the sun is shining it can still be -15 degrees Celsius outside…..a 50 degree temperature difference from a South African summer, that we just left behind.

When we arrived in Canada we had only been married for three short years, extremely young with no grey hair!  Dr.V looked so young in fact, that he got the nickname Doogie Howser, as many patients thought he was way too young to be a doctor!

Living in a small town in a foreign country, speaking a different language, without a vehicle made for even more adventures.  The first week I walked to the store to get a few groceries.  On my way back, I thought I was going to loose my fingers and toes. Runners and gloves from South Africa just aren’t made for Canadian winters. A guy in a white Dodge dually truck stopped next to me and offered me a ride.  He could probably tell that I was not going to make it!  In that moment all I could hear was my mothers voice telling me about stranger danger, do not get in a strangers vehicle and don’t be outside when the sun is setting. All I could think was; have your way with me, at least I won’t freeze to death!  Needless to say, he was my hero that day and our families became friends.

One of the biggest adjustments to life in Canada, was the language. Not many people know that English is actually our second language. Our first language is Afrikaans and we still speak that primarily in our home.

It was especially difficult for me to speak English to my husband when other people were around.  I had to adjust.  Many funny things happened around language barriers and how we would talk about certain things. In South African English the hood of a car is called a bonnet, and a horn is a Hooter! Yes, you can imagine the stories surrounding that.  My favourite story to tell though is the day I called Home Hardware to see if they had a hot water tank.  In South African English a hot water tank is called a geyser. So imagine you get a call from someone that you do not know with a heavy accent asking for “the biggest and most reliable geyser you have”!  I became the talk of the town!

Pop Tarts was another one.  I saw all the ads and it felt like something we had to try.  I hated them until I was told years later that they are suppose to go in the toaster! Who knew?  Asking for mince meat at the grocery store was not going to get you the ground beef that you where hoping for. Misunderstandings, many laughs and even more stories became our coping mechanism for adjusting to life speaking English!

Life continued. Everything was exciting and new. We missed family terribly but we quickly made new friends that became family.  My “Canadian mom” lived down the street and her family became ours. To this day we are part of each others lives and I wouldn’t want it any other way.  We also experienced loss. Serendipitously January 12th was the day we arrived in McBride. It was also the birthday of my best Canadian friend, that we lost to cancer at a very young age. And now it is the date that our first blog post is published. Full circle!

13 and a half years ago we moved our growing family to Salmon arm where Dr.V focused on his family practice.  The decision to move was difficult as this was our first Canadian home. But with a growing family and wanting to live in a bigger centre, the decision had to be made. With two little boys, new town and a growing medical practice, life was hectic. And then we added our third boy to the mix! 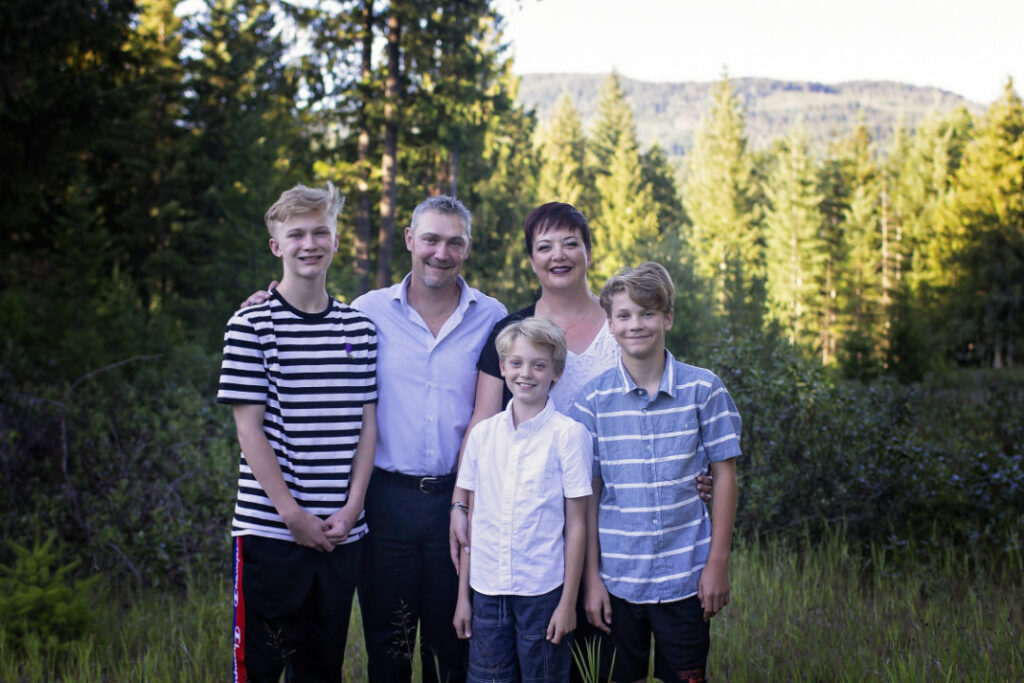 Being married to a very ambitious person that finally found his passion has also been an adventure. Dr.V. knew that he wanted to do something other than General Practice. He saw the rate of skin cancers that were developing in young patients. He saw the frustration of patients trying to deal with acne, rosacea, pigmentation and so much more. Skin conditions that directly affect a persons self esteem and self confidence. He knew my struggles as a young girl with acne and the toll it took on my self esteem. Because of this he decided in 2012 to experiment with different laser treatments for a variety of skin conditions.  At first people didn’t really know anything about Laser treatments. This was something new to the area.  Doing treatments from his medical clinic, proved to be difficult.   Moving laser equipment back and forth between rooms and having clients wait in a waiting room where sick people waited, was not ideal. It didn’t work as well as it should have. We knew we had to move out.

Two years later, Chadalin was born and at this time Dr.V was only doing skin treatments part time.

We get many questions about the name of our business. When people find out we speak a different language they think it means something in that language. For us it was important to keep it a family business.  That is why the name we chose is a combination of our boys names: CHArel, DAwian and LINden. 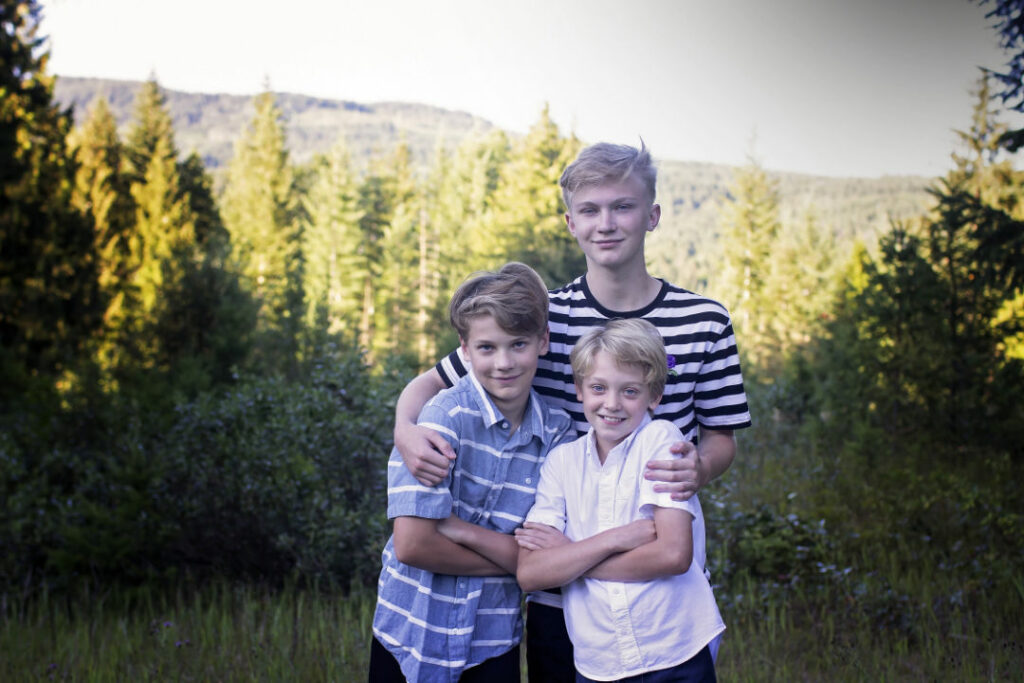 Our goal with Chadalin is to bring the very best the industry has to offer for optimal skin health, to our small town. Every decision made in regards to skincare, makeup, laser treatments and injectables, every treatment and procedure has been studied, proven and researched extensively.

In 2018, Dr. V saw the need in the area for more skin health as the wait time to see a Dermatologist was over a year long. He began his Dermatology diploma through the University of Cardiff, Wales and graduated in June 2020. Though not a full Dermatologist, he stands as the “middle-man” between the General Practitioner and the Dermatologist, cutting wait times down dramatically. He retired from General Practice and is now following his true passion in the Dermatology and Cosmetic field.  Raising three kids, starting a business, retiring from his full time job, writing his final University exam all in the middle of a pandemic took care of the grey hair. “Herm-the-Derm” stands in the place of Doogie today!

Growing up in South Africa where the sun is very hot, we didn’t have the knowledge and skin safety as we have now.  When I was little, my sister, mom and I would have competitions to see who could turn the darkest during the summer months. We used all means necessary to achieve that goal. Covering ourselves in baby oil or a mixture of beer and olive oil (yes we smelled!). Dad wasn’t too happy with us using his beer but we didn’t care as it was all in the name of the “perfect tan”!  Never as a child did I use sunscreen and to this day my mom still fights me when I even mention it. Some habits are hard to break. Today this is one of my greatest regrets.  Back then we didn’t know what we know now. With that knowledge comes the responsibility to educate.

We are both extremely passionate about skin health focussing on clean ingredients that are backed by science.  Before deciding on any new treatment, technique or product we do months of research and study all that we can to see if it is the best and right fit for our clients. We are ALWAYS learning.

How many people have struggled with their skin at some point in their life? I think we all have. This has a direct influence on our every day life and our self esteem.  The joy comes when we can solve the problem and see the self confidence return. We believe healthy SKIN MATTERS for overall health.   We will explore different treatments, conditions and products, together.